A spectacular nature, a long and flowery history, monuments of all civilizations, times A country full of glamor and technology, voila la France!

France is a country of culture and civilization , but also of contrasts. It is the country of baguette, of fashion and glamor, of champagne and the Tour de France. France is the museums, the c’est la vie, Paris and the Moulin Rouge, the cabarets, the jazz … The France of Edith Piaf and the Belgian Jacques Brel; that of illustration and colonialism, of the centralism of Louis XIV and Jules Ferry, of the pacifism of Jean Jaurès and of the belligerence of Napoleon.

But France is much more than Paris and the myths. Paris is the north where it merges with Belgium and looks out over the English Channel. Lille, Arras, Amiens are beautiful cities that only the weather tries to hide. To the northwest Normandy where the liberation of Europe continued, with its Mont Saint Michel and the landing beaches; Brittany, with its shores cut out and its exquisite seafood.

To the west the Valley of the Loire and the castles that are no more than beautiful palaces; Nantes and then Bordeaux and its universal wines. South of Bordeaux, the Landes and the Pays Basque with Biarritz, Saint-Jean-de-Luz and Bayonne .

In the center, Dijon, the Auvergne and its volcanoes and further south Toulouse -the city of red brick-, Albí, Foix and the Pyrenees. But there is more, the Mediterranean. From the Spanish border Languedoc-Roussillon is filled with beaches, charming cities and delicious flavors . Perpignan, Montpellier, Nimes that opens the door to Provence and the French Riviera . Mythical names such as Avignon, Marseille, Aix-en-Provence, Cannes and its Festival, Nice, Monaco and Chin with Italy. The Alps unite more than separate France with Italy and Switzerland.

And so for the east, going up the Rhone without losing sight of the Alps, we came to Lyon , we passed Grenoble, we visited Alsace and Strasbourg -one of the capitals of Europe-, then Lorraine and the area of ​​ Champagne , to pick up a bottle, uncover it and toast again in Paris. 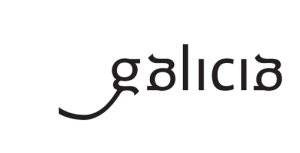